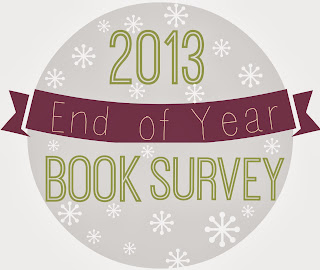 Hello everyone!
I found this survey on one of the blogs I follow and decided that this would be a fun way to close this year. I will post this survey in three parts, else it would have been really long! This survey is hosted by The perpetual Page-Turner.
Here are the best books of 2013!
FIND PART 2 HERE


1. Best Book You Read In 2013?
Well the best book I read this year is definitely Divergent by Veronica Roth! I also support Indie authors, because they also write great books, the best Indie book of this year for me was Prelude by Kasonndra Leigh, this book was an emotional roller coaster and made me cry on various occasions.

2. Book You Were Excited About & Thought You Were Going To Love More But Didn’t?
That’s easy I was really excited about Hush Hush, I love the cover it is one of the prettiest covers I have on my shelf, but the book was a total let down for me. You can read my review here.

3. Most surprising (in a good way!) book of 2013?
There are 2 book that were a complete surprise for me: Jenny Pox by J.L. Bryan and Legacy of a Dreamer by Allie Jean. They blew me away, Jenny Pox turnout to be my first horror and Legacy of a Dreamer (my first ever book tour review) must have been on of the biggest surprises of the year for me, it was so good that I wanted to reread it immediately after I finished.

4. Book you read in 2013 that you recommended to people most in 2013?
The book I recommended the most was Her Mad Hatter by Marie Hall. And it started a little trend on the GoodReads group I am active in. It was fun to watch other people starting to read it after my recommendation.

5. Best series you discovered in 2013?
This is a hard question, almost all the books I read in 2013 were firsts in a series, but I haven’t read the seconds yet. I did discover some great series such as The Caster Chronicles, Jolie Wilkins series and Splintered series (which I really want to get my hands on in 2014!).


6. Favorite new author you discovered in 2013?
Jo-Anna Walker! I received an ARC of her debut novel Break Me and I was hooked! I love her writing style and when she asked for people to join her street team I signed up immediately!


7. Best book that was out of your comfort zone or was a new genre for you?
I had many firsts this year but the book that was way out of my comfort zone is anything with Zombies. But I changed my opinion about zombies when I finished Mortality by Kellie  Sheridan now I am craving for more post apocalyptic books. I will definitely read more of those in 2014.


8. Most thrilling, unputdownable book in 2013?
Well of course Divergent! I could not put it down! Another one was Beneath The Surface by M.A. Stacie! Loved it to bits!
9. Book You Read In 2013 That You Are Most Likely To Re-Read Next Year?
I think I will re-read Leopard Moon by Jeanetta Batista because I really want to continue the series, and it has been awhile since I read it! 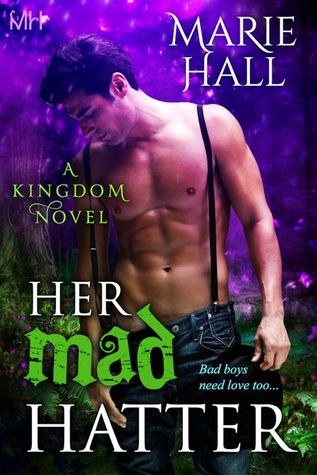 11. Most memorable character in 2013?
That will be the 9 year old Starla from Whistling Past The Graveyard.


13. Book that had the greatest impact on you in 2013?
Well this has been another rough year for me, after I broke up with my boyfriend of 7 years I read a book for a book tour called My Mr. Manny, which seems to be describing my own situation. It had a huge impact on me, because it was really confronting.


14. Book you can’t believe you waited UNTIL 2013 to finally read?
Uh…. Well again Divergent! I can’t believe I waited so long to get it! Also The Colour of Magic by the great Terry Pratchett was one of those books!


15. Favorite Passage/Quote From A Book You Read In 2013?
From Whistling Past the Graveyard (this one makes you think):

"Same reason some white folks slam the door when the see I'm colored Some folks don't see nothin' but your skin. It ain't right, but it's the way people are." ~ Eula to Starla

From Mortality (I laughed for about half an hour when I read this quote):

“Ahh, so it is the Asian guy. Bummer. Well I’m sure you two will be very happy together, and make many zombie-ass-kicking babies.” - Cole

16. Shortest & Longest Book You Read In 2013?
Do short stories count? Lol, this is another one of my firsts, short stories, I read about three or four this year 2 stood out: In The Heart of Yesterday by Jo-Anna Walker and All Over You by Emily Snow (I thought I was going to melt into a gooey mess).
The longest book I read (had to look it up at Goodreads) was Beautiful Creatures by Kami Garcia and  Margaret Stohl with 563 pages.

17. Book That Had A Scene In It That Had You Reeling And Dying To Talk To Somebody About It? (a WTF moment, an epic revelation, a steamy kiss, etc. etc.)
Yes, in Break Me the ending! I thought I was going to die! OMG I wanted to scream and shout throw something against the wall and then again scream nooooooooo not him! And don’t die please! Then I was like why?? Why take him?

18. Favorite Relationship From A Book You Read In 2013 (be it romantic, friendship, etc).
What first comes to mind are Holder and Sky (Hopeless) even though I haven’t finished this book yet (shame on me I know) but it was a little to much to read for me at the time.

19. Favorite Book You Read in 2013 From An Author You’ve Read Previously.
The Vampire Academy by Richelle Mead. I read Succubus Blues which was one of my better reads in 2012, then I bought The Vampire Academy and fell in love with Dimitri.


20. Best Book You Read In 2013 That You Read Based SOLELY On A Recommendation From Somebody Else:
Mortality by Kellie Sheridan! Thank you for recommending it Gabby!!!!

21. Genre You Read The Most From in 2013?
Uh I think Contemporary Romance and Paranormal Romance/Fantasy are my most read genres.

22. Newest fictional crush from a book you read in 2013?
The Mad Hatter! from Her Mad Hatter and Kyran from Beneath The Surface.

23. Best 2013 debut you read?
I will have to go with Bitter Fruits  by Sarah Daltry on this one! I read this in one night which is something I don’t usually do. When I finish I looked at the clock and it was 6 in the morning (oops).

24. Most vivid world/imagery in a book you read in 2013?
Legacy Of A Dreamer! I thought the monsters were coming out of the shadows of my room too! I turned on the lights at some point! LOL

25. Book That Was The Most Fun To Read in 2013?
Uh, took me a minute to think of a fun read, most fun to read was Fire Burn Cauldron Bubble by H.P. Mallory. This book was hilarious! I almost forgotten about it, but it was a really fun read!

26. Book That Made You Cry Or Nearly Cry in 2013?
There were many books that made me cry this year, I cried the most reading My Mr. Manny. But Beneath The Surface, Break Me and In The Heart Of Yesterday all made me cry at some point to!

27. Book You Read in 2013 That You Think Got Overlooked This Year Or When It Came Out?
I don’t know if it is overlooked but a book that I really enjoyed and want to recommend to all sporty romance readers who enjoy a strong female lead is Offside by Juliana Stone.

Hope you have enjoyed part 1 of the End of the year survey.
Did you fill out the survey?
Feel free to leave your in the comment section.
Posted by IceColdPassion at 10:10 PM

Email ThisBlogThis!Share to TwitterShare to FacebookShare to Pinterest
Labels: About Reading, End Of Year Survey