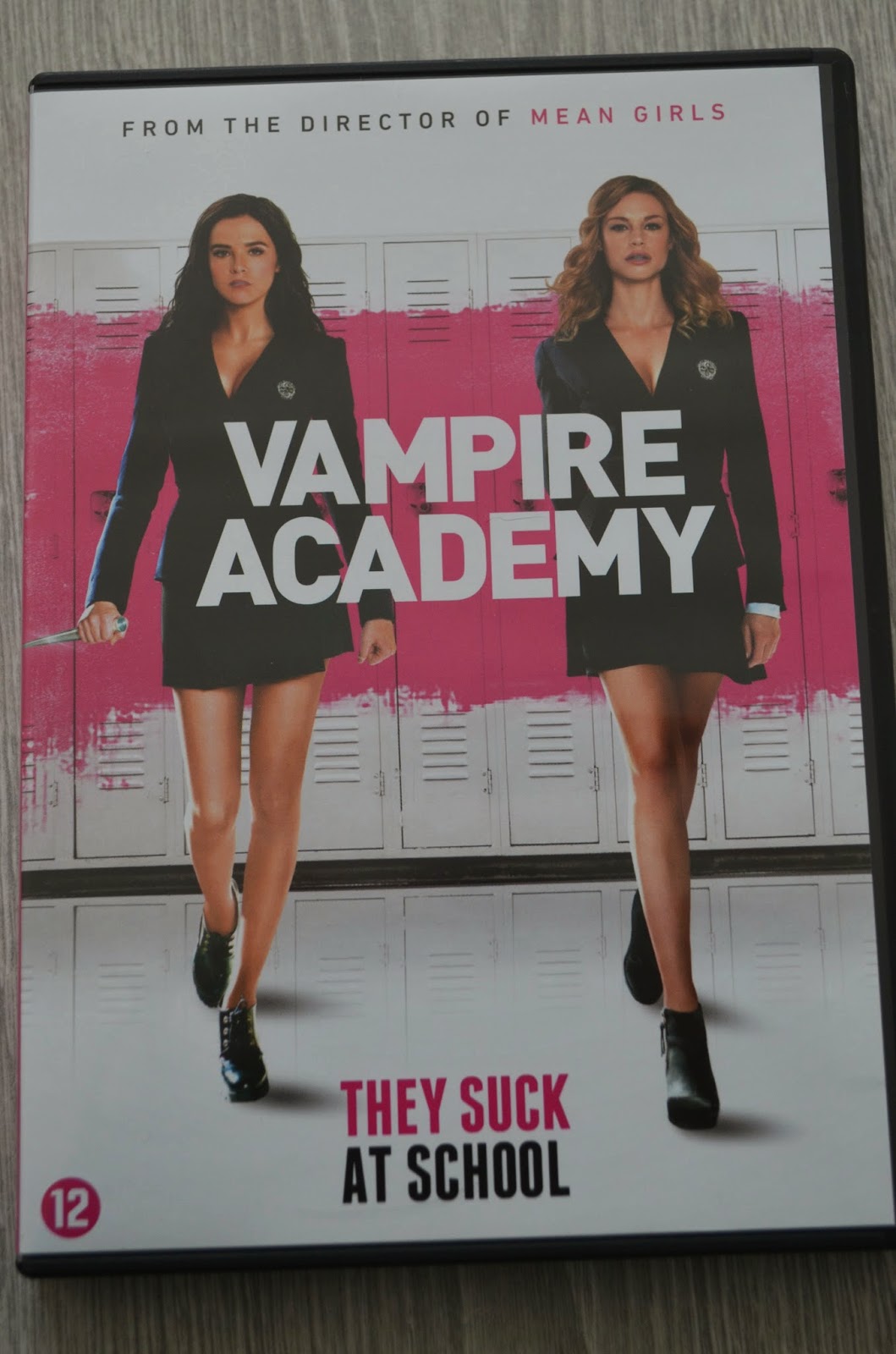 
About Vampire Academy ~ The Movie

Rose, a rebellious Guardian-in-training and her best friend, Lissa – a royal vampire Princess - have been on the run when they are captured and returned to St.Vladamirs Academy, the very place where they believe their lives may be in most jeopardy.

Thrust back into the perils of Moroi Society and high school, Lissa struggles to reclaim her status while Rose trains with her mentor and love-interest, Dimitri (Danila Kozlovsky), to guarantee her place as Lissa’s guardian.

Rose will sacrifice everything to protect Lissa from those who intend to exploit her from within the Academy walls and the Strigoi (immortal, evil vampires) who hunt her kind from outside its sanctuary.

Another book turned to movie, it seems to become a trend, not that I am complaining or anthing. However a lot of books are turned into movies and tv series nowadays. For me these are very treacherous films, since I almost always read the books before seeing the movie. And most of the time the movies fail the books miserably.
So are you getting a comparison between the two in this review? Well yes you are. Don't want to know about it? Well then stop reading here. This movie is, I have considered is mwhaah. What does that mean? That it was ok not splendid, it lacked something, that made it less enjoyable.

The story line was well done, they kept it relatively close to the original story line. The differences are in the details, which is a good thing. To give you an example, Rose sprained her ankle AFTER they went shopping with Victor, not before, like in the movie. I noticed that some of the conversations were exactly copied from the books which was a major plus.

The acting wasn't bad either, however I did feel as if it was a bit phony. I kind of viewed this move like the guy in Catcher In The Rye views his life (cannot remember is name at the moment). The characters were a bit fake for some reason, were they felt very real to me while reading the book.

The movie also lack a lot of humor and sarcasm the book held. While reading I laughed out loud frequently, while I didn't while watching the movie. Lastly the pace of the movie was so fast I could barely hold on at sometimes.

Now it seems like I didn't enjoy this movie much because of the criticism above. The opposite is true, I did enjoy this movie. I see that they have tried to convey the books as best as possible. And the honestly did quite well. It is all in the details as I said before.  So therefore this movie gets three skaters from me.

Posted by IceColdPassion at 9:34 PM