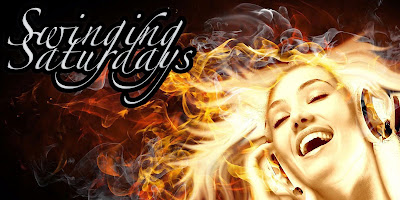 If you have been following me for awhile, the you might know that I am a huge fan of Jack White. Third Man Record, is of course Jack's record label. Today I want to showcase the artists that have recorded at Third Man Records. I hope you enjoy it.

Album: ****
**** is The Greenhornes fourth studioalbum, recorded ofcourse at Third Man Records. Their music is fantastic rock combined with blues.

2. The Black Belles ~ The Wishing Well

Album: The Black Bells
The drums, reminds me so much of the White Stripes, so it is not really a surprise why they ended up at this label. What I also like about is that it is an all female rock band, which I think is awesome!

3. The Dead Weather ~ Will There Be Enough Water?

Album: Horehound
To be honest, this top 10 has been laying around for quite some time. Initially I did not remember why I picked this song, until I listened to it again. This is one of the songs that did not confuse me as much as the rest does. The Dead Weather is a side project of Jack White, and you will definitely hear his influence in the music. This music you will have to listen a couple of times to get it, the first time I heard it I was very confused and I did not know if I liked it. When you feel like that listen to it once more, if after you still don't enjoy it, then it is not for you.


5. Karen Elson ~ The Ghost Who Walks

Album: The Ghost Who Walks
The word your looking for is Vintage. That is how I would describe Karen Elson's music.

Album: Lazaretto What would be the use of owning a record label if you are not recording your own records? Right, of course Jack's solo albums are all done by Third Man Records. Interesting thing, he is a big vinyl fan and has produced the most beautiful records this way. I had the pleasure of seeing Jack White live once, and it was a great experience!

7. Wanda Jackson ~ Shaking All Over

Album: The Party Ain't Over
So moving on from rock and going on with Rockabilly. Still rocking at her age is a beautiful thing to watch, here's Wanda with Jack at Letterman.

9. Seasick Steve ~ Down On The Farm

Album: Hubcap Music I thought this was funny, hope you do too.

What do you think of these artists?
Feel free to leave a comment!

Want to host Swing Saturdays next week? Send me an email: icecoldpassions@gmail.com.
I would love to hear what kind of music you like!
Posted by IceColdPassion at 10:57 PM