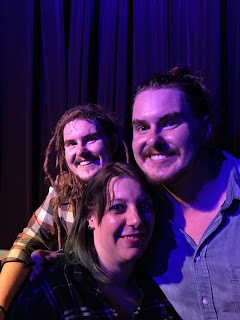 Who: The Pierce Brothers
Support Act: Lukas Batteau
Where: TivoliVredenburg, Pandora, Utrecht
When: 5th of August 2017

Lets do a little Throwback post, of something I wrote but for some reason never published. Last year I went to see the Pierce Brothers in TivoliVredenburg Utrecht. Here is what I thought of this concert.

Saturday night was one of the best nights ever, as I went to see the Pierce Brothers for the second time in Tivoli, Utrecht. For days I had been excited, because the last show was amazing, the energy they bring to the stage is phenomenal. So I left my home around 18:30 and drove an hour to reach Utrecht, all the way listening to the Pierce Brothers of course.

The Pandora stage is on one of the higher floors of Tivoli, and if you look through the windows you are greeted by Utrecht's skyline, which is actually pretty amazing, because you can see wide and far.

I was quiet early which is a good thing because that means I could find myself a place near the front of the stage. You might not know this but I am only 1,53m so yeah I would like to be in the front row if possible. Saturday second row it was, and I must say I had a perfect view of the stage!

The support act for the Pierce Brothers started right on time and turned out to be a local, he said he came walking so he must have lived close by. His name is Lukas Batteau just a guy with an acoustic guitar and already 2 albums up his sleeve. My honest opinion: not-my-cup-of-tea. It was too much of the same, the music a little flat for my taste, it was like listening to a Kensington album where every song sound almost the same a the previous. Not that it was bad or anything, don't get me wrong, it is just not something I would listen to. The last show I had seen, the support act was Coby Grant, which was much more my thing, sound a bit like Kate Nash. I even bought her cd, and got it signed!

It was kind of a bummer that the support act was not to my liking, I have had some good ones this year, so far. Anyways I came for the Pierce Brothers, and they delivered. They started out with It's My Fault, then slowed it down a bit with 2 songs I did not yet know. After that the show became as energetic as it always is with them.

They played all my favourites, almost the entire new album and of course as I mentioned in my Swinging Saturdays they played Genevieve!!!!!!!! I kind of shouted:  "please say that you are gonna play Genevieve. They started talking, and I knew the minute they said we wrote this for our sister, that they were going to play it. And my god we got a very long beautiful introduction, followed by the whole audience going wild, because everybody sang along. Apparently it turns out to be everybody's favourite song. I filmed a little of it for you guys on my phone, so the quality isn't all that great but here it is anyways.

After the show I stood in line for the merchandise to get the new cd, The Record Were Ours. Then I joined the long line with waiting fans to get my cd signed. And I even got a picture with the 2 brothers!


Get the albums here: 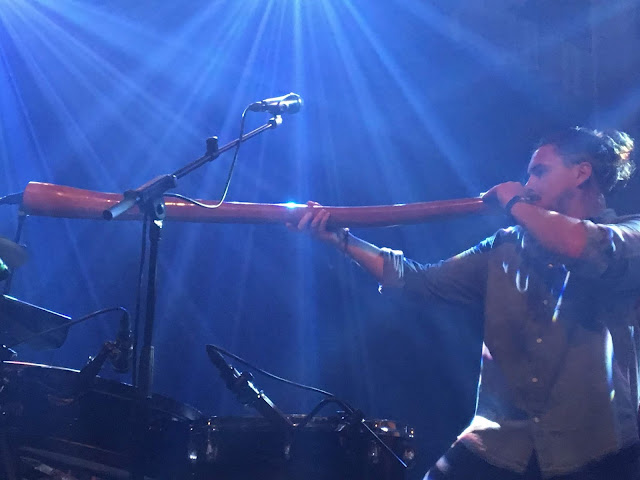 Posted by IceColdPassion at 12:47 PM