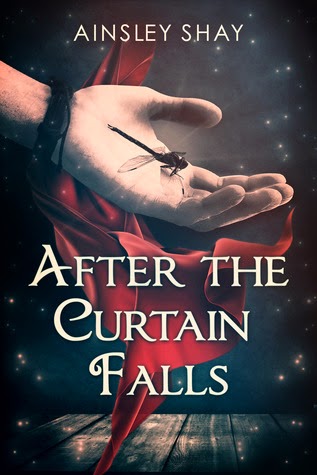 About After The Curtain Falls

Erik never had to be anything other than a freak…until now.

Two hundred fifty-three days is a long time to fake being normal when night after night you perform miraculous feats on stage in a freak show. Thousands have paid to witness the miracle, suspecting nothing more than a hoax. But it is very real and it is slowly destroying him.

Erik is weakened to the point where he’ll stop performing and start going to school for the first time ever—in his senior year.

His only goal is to rebuild his strength so he can return to the stage and perform doing what he loves most in this world. What he didn’t plan for was the appearances of beautiful Addison and mysterious Naya. Now, unfamiliar feelings and bizarre new friendships threaten to unbalance Erik’s future as a miracle-performing freak.


Add on Goodreads ~ Buy at Barnes & Noble ~  Buy at Amazon 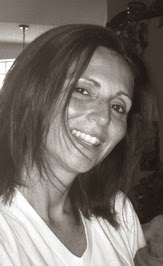 Ainsley Shay avoids insanity by living mostly in the fiction world. She believes surrounding herself with positive people, and strives for balance in everything.

She owns more jeans with rips and holes than without; and has recently found the magic of patches. For her, reading or writing the perfect sentence is better than the smoothest piece of dark chocolate melting in her mouth.

She is a deltiologist for pure enjoyment, not for the study of. She longs to move north one day, even though she hates the cold. (Go figure!) So, for now, she continues to live in warm south Florida with her incredible husband, three beautiful daughters, and two lazy cats. (We won’t mention the dog.)

The moment is perfect to lean in and kiss her. And I badly want to put my hand on her cheek and bring my lips to hers. Addison looks at her wrist, my fingers still there. “I should go,” she says shattering my thoughts.
I slide my hand from her wrist, along her palm, lingering on her fingertips with my own. Looking up into her eyes, I ask, ”Are you sure you want to?”
She meets my eyes. “No.” Her voice whispers the simple word I was hoping she would say. “But they’re expecting me down there.” My stomach aches when she starts to get up. “Thanks for catching me when I fell.” She brushes the sand off her dress and walks through the wheat grass toward the shore.

“You’re a freak like me,” Naya says, no doubt present in her tone.  Shaken by her word choice, but intrigued to know why she’s chosen it, I ask, “Am I? And how do you know that?”
I swallow nothing, feeling my throat constrict as I wait for her answer. With concern on her face, her lips purse, and she shrugs one shoulder. “I just know.”
She touches my arm, leans into me and whispers, “As a friend, just be careful. The people here,” she looks to her left and then to her right, “well…they aren’t very nice to our kind."
Posted by IceColdPassion at 8:57 AM