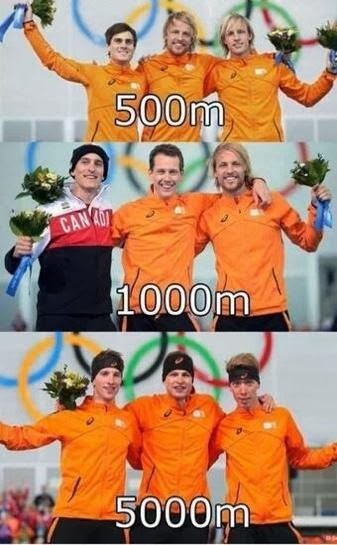 
Skating rinks in the Netherlands

It will come as no surprise that the Netherlands has an extremely high amount of top class skating rinks. I decided to find out just how many indoor skating ovals we have, in total: 25 skating ovals!

Plus one in the making, Almere a city in the middle of the Netherlands is building a new indoor skating rink, which will meet the strict requirements of the International Skating Union (ISU). The plan is to organize all International competitions in this new skating rink instead of Thialf, Heerenveen. The Essent ISY WC Allround will be held at Thialf shortly after the Olympics.

Compare this to the USA, which got only two similar ovals for a country approximately 250 times the size of the Netherlands, you can say that the Netherlands is a skating nation. And that we are a bit spoiled with all the pretty skating ovals.

That's only the indoor skating ovals, then there are the outdoor rinks, the ones that are only open on the rare occasion, that it is cold enough for natural ice. Every town, as little as they are have a skating rink. They very in size, some are just fields filled with water, others are 400m like the indoor ovals, but still there aren't many towns in the Netherlands without a natural skating rink. And let me tell you that is NOT the whole winter like in Canada! If we are lucky we get two or three weeks of natural ice, this year? Non! Nada, so no natural ice for us!

" Check out the Netherlands in early wintertime when ice coats the trees and the first film of frozen water turns into a resistant sheet. People get skates out of the cellar and attic, go out when they can, and all dream of if-and-when the Elfstedentocht — Eleven cities trek — marathon will be held."  ~ Huffington Post

Is not what we do every winter, because we don't get natural ice that often, so there is the reason for the overload of indoor skating ovals in the Netherlands.

" There is nothing more mythical in Dutch sports than an age-old 11-city race skating across lakes and canals in bone-numbing cold from dawn to dusk. No wonder the Netherlands is the greatest speedskating nation in the world." ~ Huffington Post

Conclusion: natural ice is not the reason for the success at the Olympic Games in Sochi! Having gotten this point through, let's speculate why we are so successful.

Why is the Netherlands so successful at these Olympic Games?

I think it is a combination about serveral  things:

1. It's a very popular sport.
This means there are many athletes trying to become the best.  When so many people get involved in a sport it drives up the standard of that sport. Meaning there are lots of clubs, lots of rinks, lots of competitions, and lots of coaches driving their athletes to be the best.

2. Lots of facilities and equipment.
The popularity of skating in the Netherlands brings another element to the table, the sporting facilities, like I said above, we have 25 skating rinks all in an hour driving distance from most places in Holland. The nearest skating ovals to my town are 35 min (Thialf, Heerenveen) and 25 minutes (Leisure World, Dronten) away, to Canadian/American standards this is a short distance away. Where as someone from California, will have to travel half across the country (approx. 1200 km) to Utah, something you would not consider doing twice a week.

We also have 2 outstanding skating brands here in the Netherlands Viking, and Zandstra. The latter is very popular in recreational skating, not professional skating. But Viking is widely know throughout the worldwide skating community. Then there are the specialized shops who sell all kinds of skating materials, from sharpening materials to suits, to all kinds of boots and blades (not all Dutch brands). 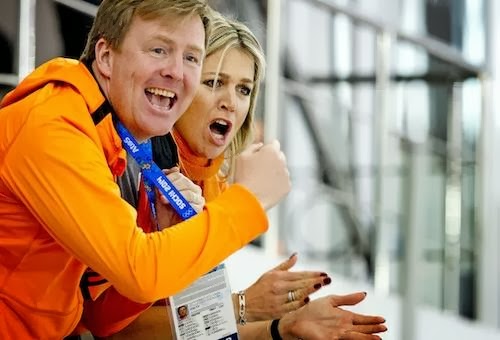 We have only ONE skating federation, the KNSB, the Royal Dutch Speed Skating Federation. Which is very active, and ofcourse our country spends some money on this sport as well. As you might have noticed the Royal family (the king and queen) were present at four of the skating matches in Sochi. Talking about supportive! Here are the King and Queen cheering on the Dutch skaters!

Another thing which in my opinion has an influence on the popularity of speed skating in the Netherlands, leading to the successes in Sochi, it that the sport is broadcasted the whole winter, when there is a (International and Dutch) competition, our Dutch tv will broadcast it.

4. Training really really really hard!
Of course our success are not without lots and lots of training. You can have the best equipment in the world but if you don't train you skating, you are never going to win anything. The coach cannot push you over the finish and skate the race for you, that you will have to do yourself. The only advantage the Dutch might have is that they have been challenged from a young age due to the popularity of the sport. If you place first, second or third in club competitions, you advance to National competitions, were you are challenged yet again to bring the best you have.

It all comes down to lots and lots of training in the end.

What do you think are the success factors of Team NL at the Olympics?
Leave a comment!
Posted by IceColdPassion at 11:44 PM