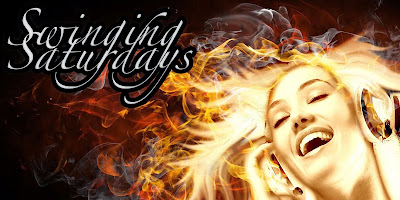 
I was originally going to do this post last week, but couldn't get around to do it because of my birthday and all. Yes, it was my birthday! I have gotten one year older, I can already feel my back bending, lol. Just kidding of course. Anyway, the week before my birthday, there was De Zwarte Cross, the largest festival ( in surface that is, not in visitors). It's a three day festival with music and motorcross... BTW it sold out this year, the saturday and sunday tickets were all sold out, something I haven't seen before.

How awesome is that? Unfortunately for us, we got pouring rain that day and we left early because of it. I missed all my favorite band, and we were really disappointed and sad we could stay, it was so cold!

Anyways, I thought I would introduce you to some of the artists that played at De Zwarte Cross.

I had almost forgotten about this awesome punk band! This is the one song that has gotten kind of famous. So please enjoy Nellie, oh and if you like this one check out Dig That Groove, it's awesome!

This the band who are behind this festival, it started out very small. BTW this band only plays one time a year at De Zwarte Cross, nowhere else. Kind of makes it worth going for.

3. The Deaf ~ Coming Down That Road

I have know, and seen the singer of this band live on various occasions with his other band Di-Rect. Spike, is one talented m*therfucker. I especially like the music he is making with this band, it's old school rock 'n roll. It's sounds similar to Miles Kane in some ways.

4. Fiddler's green ~ Victor and his demons

I think these guys are german and now that I have looked it up I can confirm they indeed are. We heard part of the concert, but we couldn't see anything from it. There were too many people in the mega tent, due to the rain. Oh, yeah thank you nice guy for giving us a poncho! So yeah that happened

This is one of the band I came to see, but didn't get to see... If you have been following me awhile, you might have seen them before. If you like great rock 'n roll, well then they are the ones for you. Really just magnificent!

Doesn't sound like much, right? When I first heard the name, I figured it would sound like Jack Johnson. I could not have been more wrong. You should think more along the lines of Nirvana, Foo Fighters, or Metallica even. Got it? Well click play then, and be prepared to be blown of your rocking socks.

They have been around awhile, I have been following this band for years. The Kooks are actually gotten me into Indie rock and roll. They were one of the first bands I listened to. Their music in one word: happy.


8. The Kilkennys ~ Some Say The Devil Is Dead

Another great, indie? rock band. Yeah I am going with indie on this one.. This is one of those bands that has been on my computer for ages but I haven't gotten around to really listen to. Well, there is always a time to start, and after hearing this song I think I will soon add it to my playlist.

As you already know, I love this band! I wish I could have seen them on the mainstage.. Until next time we meet once again it is going to be for now...(Please don't let this be there last tour lol).


Did you go to de Zwarte Cross this year? did you withstand the rain?
Feel free to leave a comment!

Want to host Swing Saturdays next week? Send me an email: icecoldpassions@gmail.com.
I would love to hear what kind of music you like!
Posted by IceColdPassion at 12:39 PM