Today Martijn is taking over the blog! He is going to take you on a musical ride around the world! I hope
you enjoy is take on music, well Martijn, take it away! 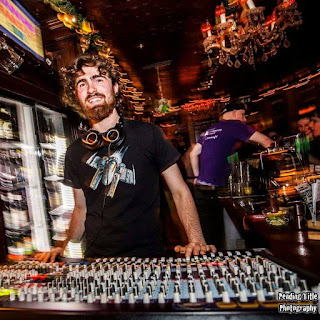 Oh! Surprise! So hi I’m Martijn and other than being Irene’s boyfriend I’m also an avid music fanatic partly thanks to my job as sound engineer. Which influences a large part of my tastes and I've had the pleasure of meeting/working with most of these bands. I always believe you can learn a lot about a person if you look at their music taste. With some struggles I have picked 10 songs to introduce me. Hang on! This ride will go all over the place!
Pssst (Irene here) if you are nice to him, he might come back with more. Any requests for the hard stuff?

We are going to start in the warm desert of Niger, where we find these roaring guitars by none other than Bombino, a self taught guitarist making... would you believe dessert rock. And they were picking up a lot of steam since this song and album is produced by Dan Auerbach from the black keys. Sadly the second guitarist Ilias has passed away in 2020, i’ve had the luck to work for them twice. Ilias you will be missed.

Now to travel on to Italy, where we find this really heavy band. I will admit this a bit of an acquired taste. Ufomammut is Doom! This was the first Doom/stoner band I worked for and since then I'm hooked on the genre! For the uninitiated Doom and stoner is usually a slow build up to a massive wall with changing speeds and ripe with lots of reverb on the vocals if there is any and tape delays and FUZZ dialed up to max.

Ok now for something more cheery from the Netherlands. With some great beats if you ask me. These guys have been 27ish years at it. Wow! In their own genre they are quite renowned. This just makes me want to groove and dance.

We are not traveling much further this jump, from the city that everyone knows. Amsterdam. We have the electronic duo Tinlicker. When I need max focus I always turn to these guys. I was tempted by turn everything around but I am going to cheat a bit. And here is empty skies with tessa rose jackson who also makes some great music!

With a small hop we land in the UK. To be precise in the great music scene of Brighton! Where we find Ellie Ford and her great band. This band was a joy to work with and the first time I heard this I was wowed! While singing Ellie also plays the harp which is an instrument you don’t come across that often.

Staying in the UK. This band was the first indie band I've did sound for and sparked my love for this gerne. Sadly they have stopped which in my opinion is a shame but that’s life. This is so very britpoppy and I love it!

Now for some cool (dutch) carribean beats by kuenta formerly known as kuenta i tambu. The first time i saw this act i was like yeah cool! Live instruments and highly danceable. Let's shake what your mamma gave ya and feel this.

We are going to end our journey on the States side. With a true old skool blues legend buddy guy. I hope I won't have to be justifying my pick.

Now for something truly special. To me this next band was the absolute best I've ever seen in the venue where Irene and I met. Though they played here a good 3 or 4 years before we met. Anyways their sound was out of this world and their sound engineer for the tour is on a level I hope I can achieve one day. I’m sad miss Jones also left this world way too soon. But her voice just is so soothing and warm and a true pearl, no! Diamond of soul!

And to end with a classic, here's to looking at you kid.


Man this was hard! I have no idea how Irene manages to mostly pick 5 songs. I’ve left out most of the louder and heavier picks. Maybe I will write a swinging Saturday Martijns heavy picks, who knows! But first I'm more inclined to write another more unconventional list, if you all will have. Please let Irene know what you thought of this small journey of my taste.
Feel free to leave a comment!
Want to host Swing Saturdays next week?
Send me an email: icecoldpassions@gmail.com.
I would love to hear what kind of music you like!
Posted by IceColdPassion at 12:00 PM