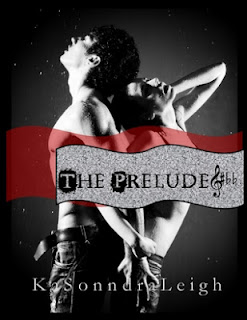 This novel contains sexual situations and mature language. It is intended for an audience at 17+ years of age.
(source: Goodreads)

From the moment I started reading I was pulled in, the prologue the day Erin's life changed forever, had me in tears in no time. The story continues in Milan five years later at the fashion company she works for, and were she is about to meet her maestro.
From there the struggles, embarrassing moments, hauntings of the past but also the passion starts. And oh man, that passion is the sexiest thing ever! Those scenes are to make you melt in a puddle on the couch.
I love the complexity of the characters, the secrets and pasts that slowly unravel throughout the story. Some of these events, I didn't see coming! The past of Alek is very interesting, turns out his father is not really an honest man.

The other thing that will keep you wondering is what happened after Erin lost her dad and sisters. What happened between her and her mother? I couldn't figure it out and was very surprised when I did. This book is not your average romance there is a lot of emotional scenes, and I cried several times (especially at the end).
Another lovely thing about this book are all the musical references, the usage of one of my old time favourite songs: The Rose - Bette Midler, and the internal monologue of Erin which had me laughing, crying and feeling all kinds of other emotions throughout the book.

This is a MUST READ and I HIGHLY RECCOMEND IT! Beautifully written, funny, emotional and sexy as hell! 5 stars!!!

Erin: Well, it seems to me that the issue of dinner has already been handled. I mean, you're sitting right over here. Not too far away from me. That kinda takes care of issue number one. Don't you agree?

Erin: When inside I'm jumping like a bunny who found a big ass carrot garden.

Erin: Once you find the courage to open yourself up to something you've always  believed to be forbidden, then you never want to let it go. I always told myself that I would never give anyone this power over me again.

Requim For A Dream Alex's music.

The song Erin sing in the show.
Posted by IceColdPassion at 8:50 PM