Yesterdays post consists of a review of Matched book 1 in the Matched Trilogy, for the readers that haven't read this trilogy, I thought it would be fun to do a preview of the other two books in this series. So here we go: In search of a future that may not exist and faced with the decision of who to share it with, Cassia journeys to the Outer Provinces in pursuit of Ky - taken by the Society to his certain death - only to find that he has escaped, leaving a series of clues in his wake. Cassia's quest leads her to question much of what she holds dear, even as she finds glimmers of a different life across the border. But as Cassia nears resolve and certainty about her future with Ky, an invitation for rebellion, an unexpected betrayal, and a surprise visit from Xander - who may hold the key to the uprising and, still, to Cassia's heart - change the game once again. Nothing is as expected on the edge of Society, where crosses and double crosses make the path more twisted than ever. 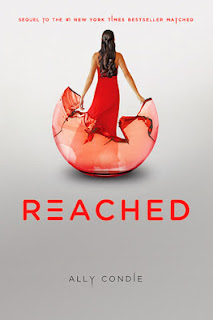 After leaving Society to desperately seek The Rising, and each other, Cassia and Ky have found what they were looking for, but at the cost of losing each other yet again. Cassia is assigned undercover in Central city, Ky outside the borders, an airship pilot with Indie. Xander is a medic, with a secret. All too soon, everything shifts again.

I think these two will be full of action, so I think I will enjoy them more than the first one! Hope I will get a chance to read them in the near future!

Buy the books on Amazon:

Posted by IceColdPassion at 6:39 PM