This week I have gotten some great books! I actually won one for the first time ever!!! Im excited! I also gotten two great freebies that I want to tell you about! And Im expecting a read for review in my inbox aswell so four great books! Im so excited about all of them! And such pretty covers that have, don't you think? Check it out! Is control over the elements a gift, or a curse?

Roxy thinks that she is in control of everything: with flames flaring at her fingertips and an equally fiery attitude, what more could she need? But then she meets Brae, a prince from a rival Realm, who turns her assumptions of superiority upside down.
Jasmine has none of Roxy’s confidence or intensity. But she does have a secret - and Brae - and she’s not going to give either up willingly.(Source: Goodreads) 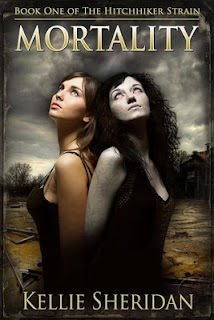 After surviving a deadly plague outbreak, sixteen-year-old Savannah thought she had lived through the very worst of human history. There was no way to know that the miracle vaccine would put everyone at risk for a fate worse than un-death.
Now, two very different kinds of infected walk the Earth, intent on nothing but feeding and destroying what little remains of civilization.
Starving and forced to live inside of the abandoned high school, all Savannah wants is the chance to fight back. When a strange boy arrives with a plan to set everything right, she gets her chance. Meeting Cole changes everything. Mere survival will never be enough. (Source: Goodreads) Still struggling to find her footing after the sudden death of her parents, the last thing college freshman Alessa has the strength to deal with is the inexplicable visceral pull drawing her to a handsome ghostly presence.,br />
In between grappling with exams and sorority soirees - and disturbing recurring dreams of being captive in a futuristic prison hell - Alessa is determined to unravel the mystery of the apparition who leaves her breathless. But the terrifying secret she uncovers will find her groping desperately through her nightmares for answers.
Because what Alessa hasn't figured out yet is that she's not really a student, the object of her obsession is no ghost, and her sneaking suspicions that something sinister is lurking behind the walls of her university's idyllic campus are only just scratching the surface... (Source: Goodreads) 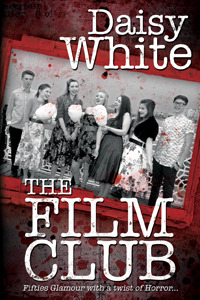 1958, and Susie B is the ultimate Brighton party girl. When she is talent spotted, and invited to join The Film School as a trainee actress, a life of glitz, glamour, and London castings, seems assured.

But The Film School hides a horrific secret, and Susie soon discovers, however hard she tries, she can't outrun the dark shadows of her own past, which link her inextricably to... THE FILM CLUB. Sometimes, living out your dreams can be murder... (Source: Goodreads)

Posted by IceColdPassion at 10:01 PM